The global arms trade is pushing £75 billion a year, supported by governments who are willing to ignore the economic and humanitarian devastation it causes. Campaign Against Arms Trade (CAAT) has been at the forefront of this struggle for decades, working to make sure that arms companies and their backers don’t have anywhere to hide, and that we move towards a demilitarised world where we fight inequality and climate change, rather than each other.

Established in 1974 from a coalition of peace groups, CAAT is a non-hierarchical, non-violent organisation working to end the international arms trade. They approached Fat Beehive with the aim of creating an engaging, modern website that facilitates their activism and showcases the vital research underpinning it. 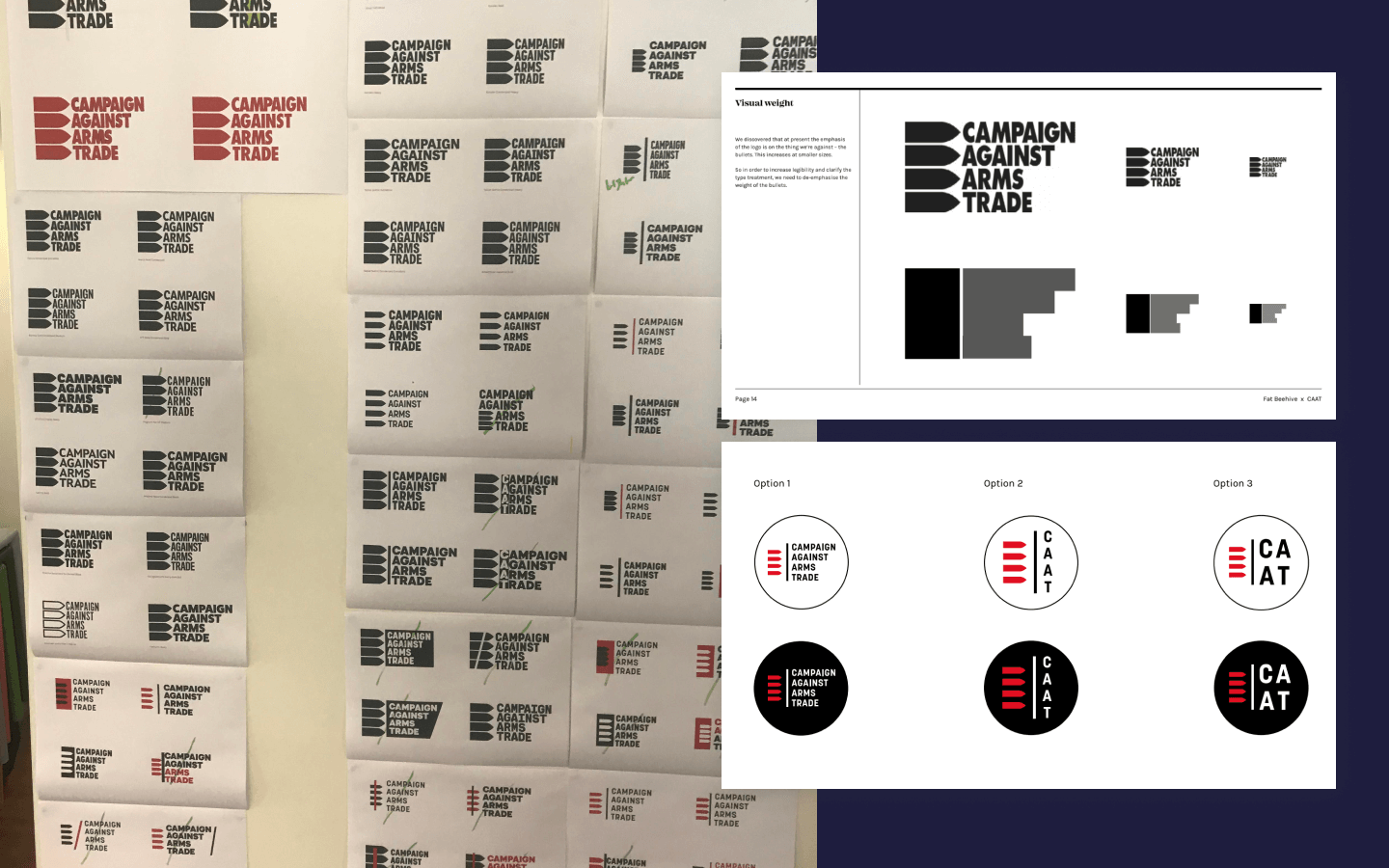 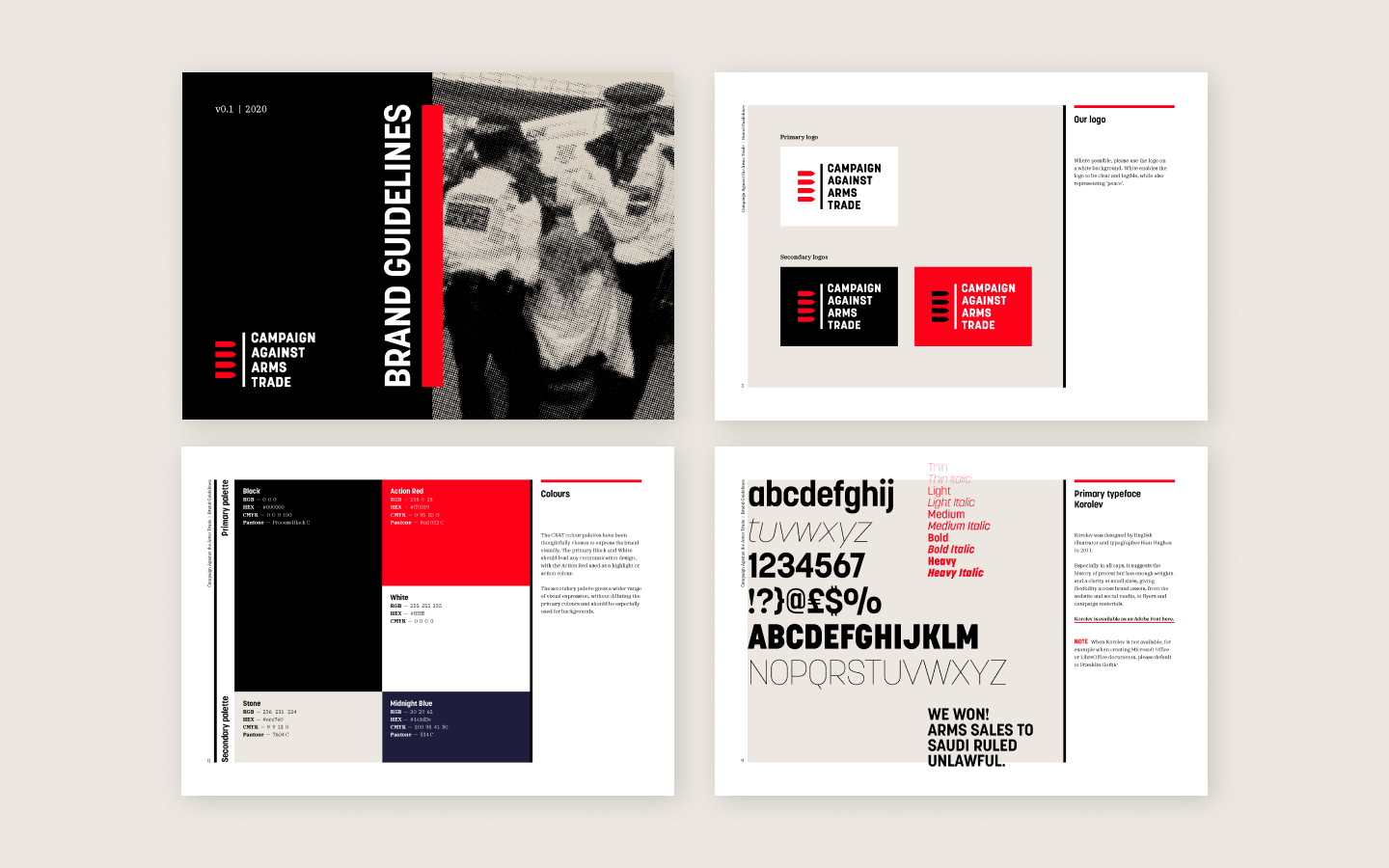 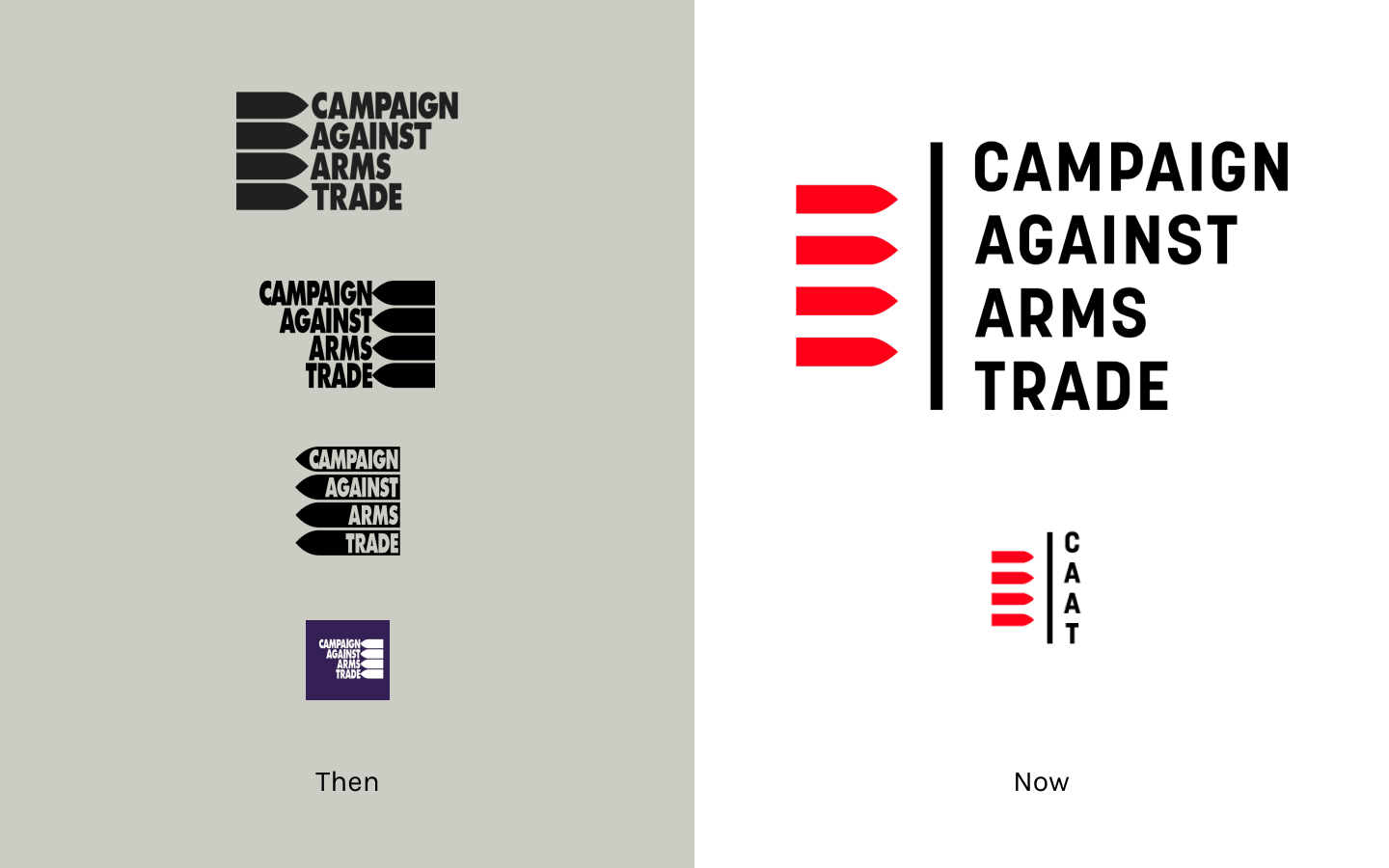 While it was key to maintain the heritage of a visual identity originally designed in the 1970s, CAAT is a possibly unique example of an organisation including what they are against (bullets in this case) in their own logo.

We quickly established the need for wider communications strategy support, content strategy and brand consolidation, ensuring CAAT appeared united across all channels. Our usual collaborative process proved an effective balance to the internal consensus decision-making process at the heart of the organisation.

Kicking off by facilitating a strategy workshop, we supported the team in collectively understanding CAAT’s USPs, challenges and vision. We defined and prioritised key audiences, including those in the arms industry who actively work against CAAT. This helped shape the organisational purpose, giving shape to internal work on a communications strategy and the next steps for our content strategy and branding work. 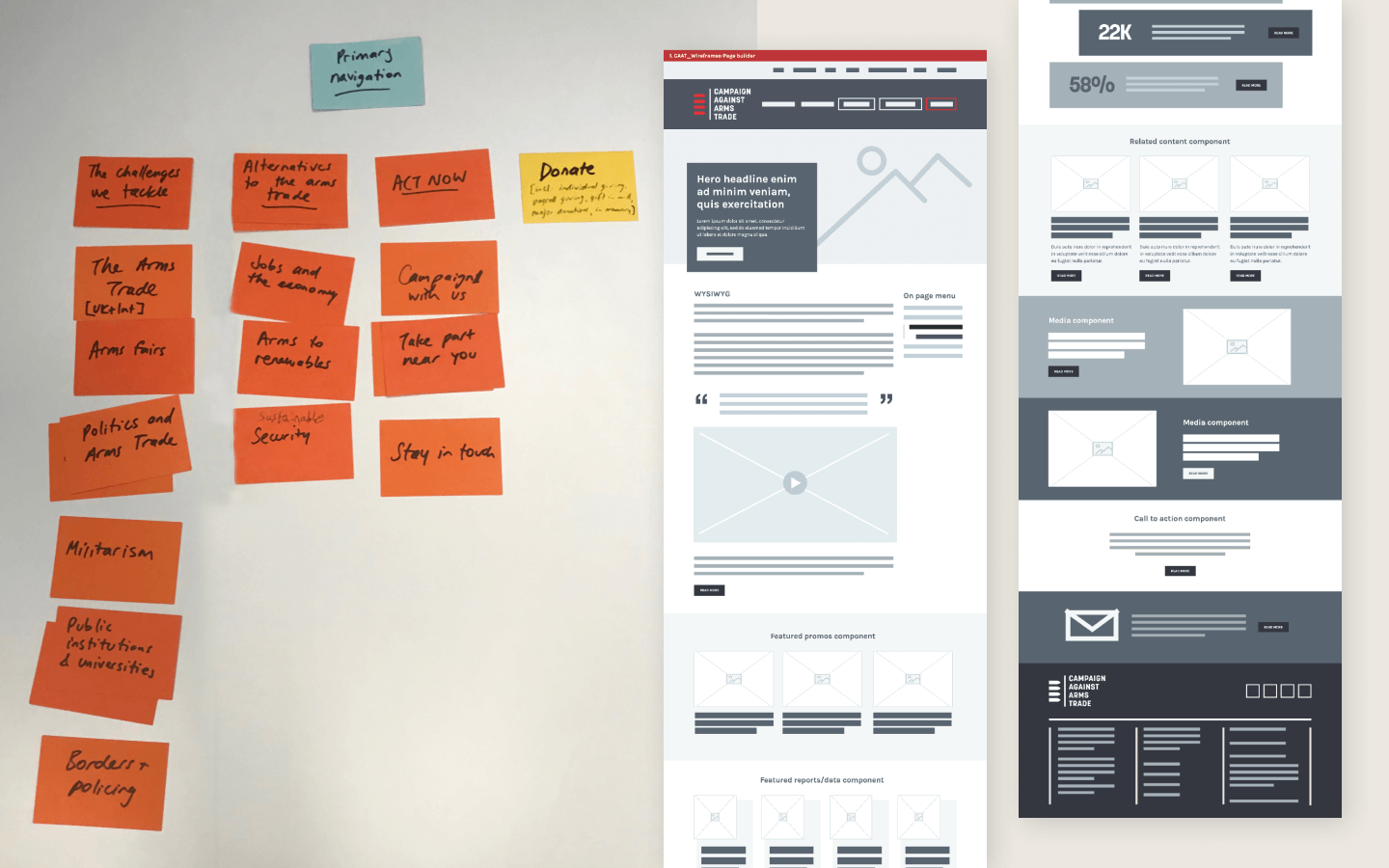 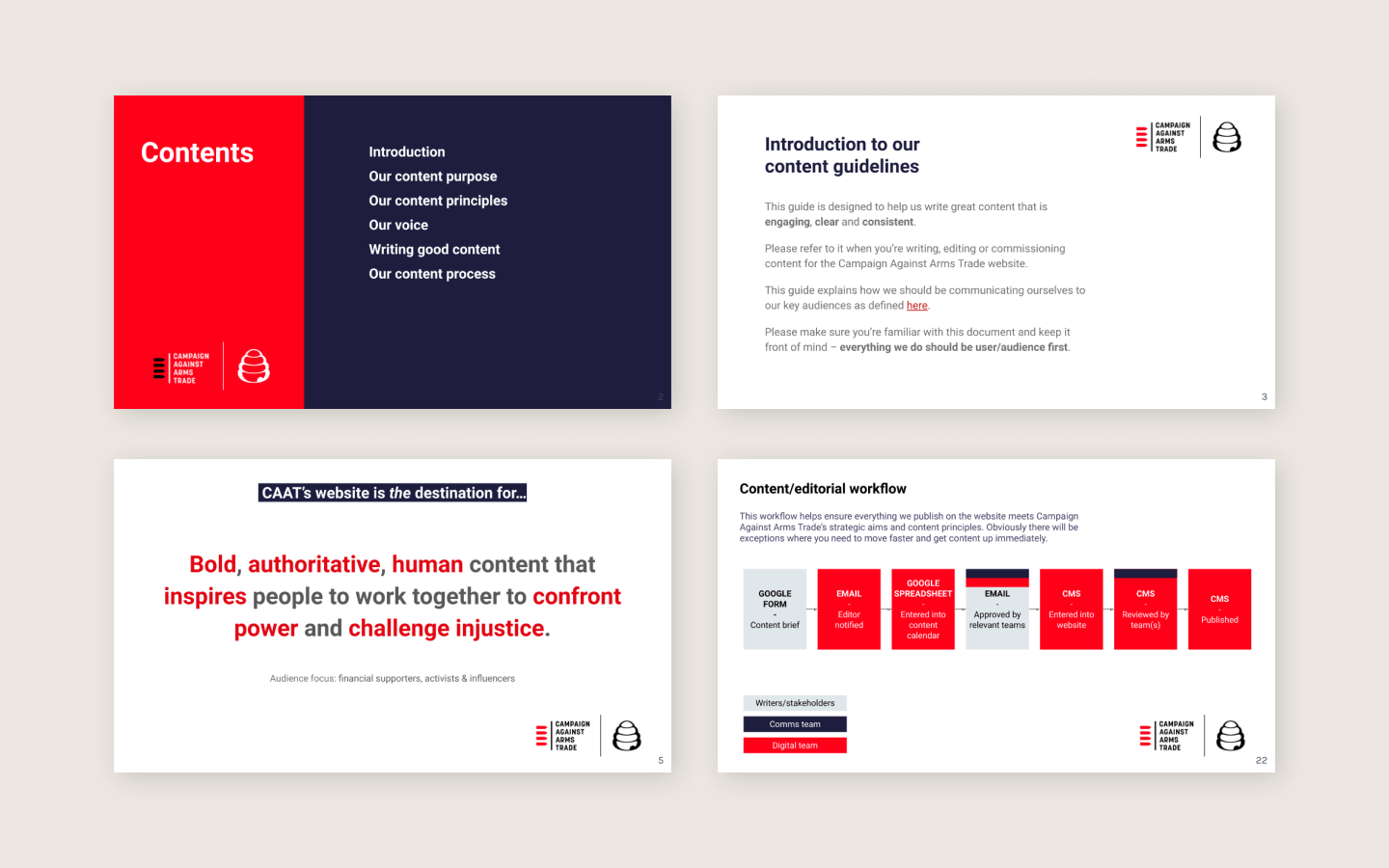 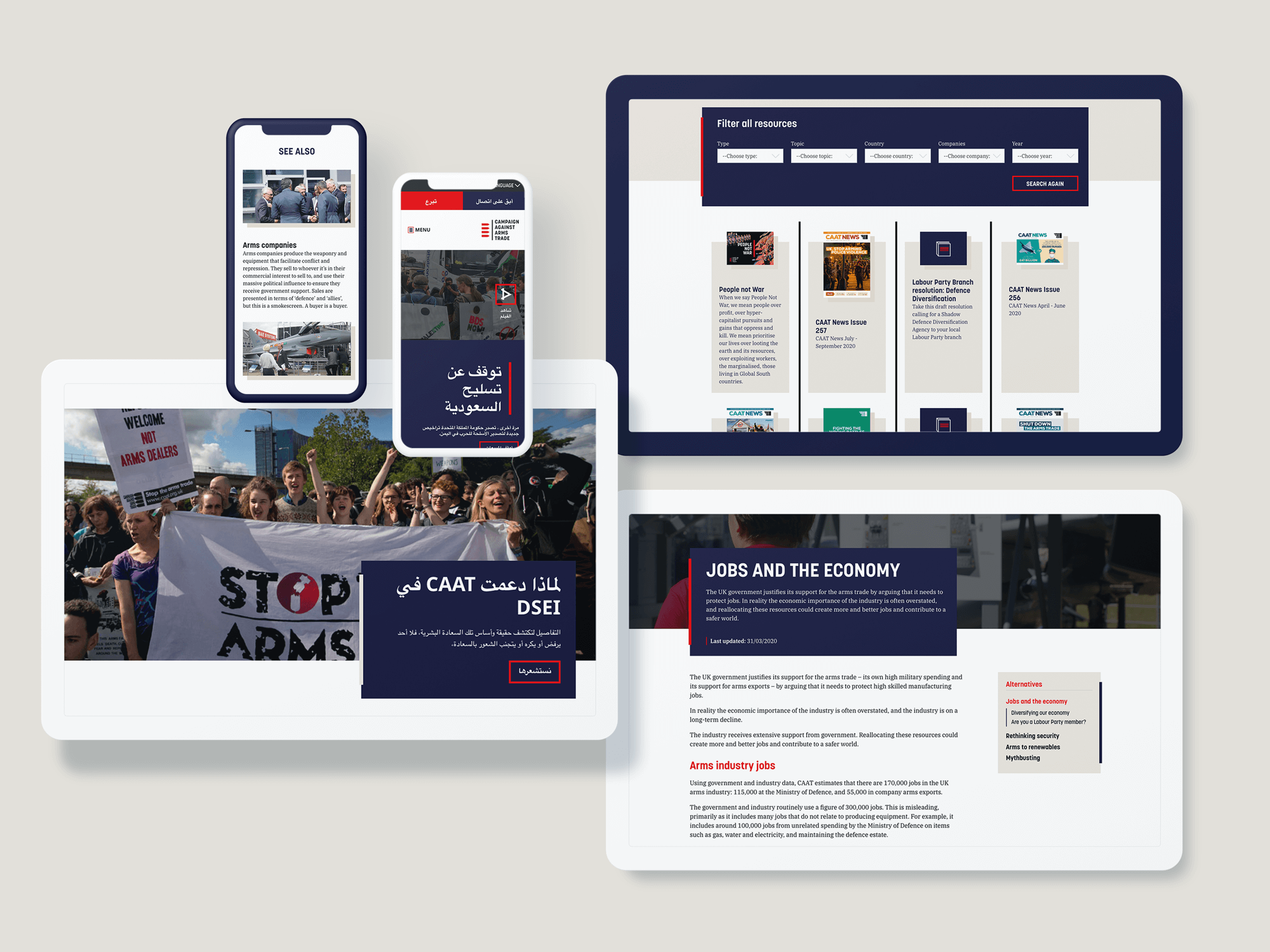 Card sorting, wireframing and content workshops all resulted in a powerful new direction for CAAT

A branding audit revealed a range of logos and colours being used which would confuse audiences and undermine the high quality of the research undertaken at CAAT.

Our Discovery phase incorporated card sorting workshops for the website information architecture (IA), which cross-pollinated with the content strategy workshops and helped narrow the focus of language used, as well as define content USPs and written tone of voice. 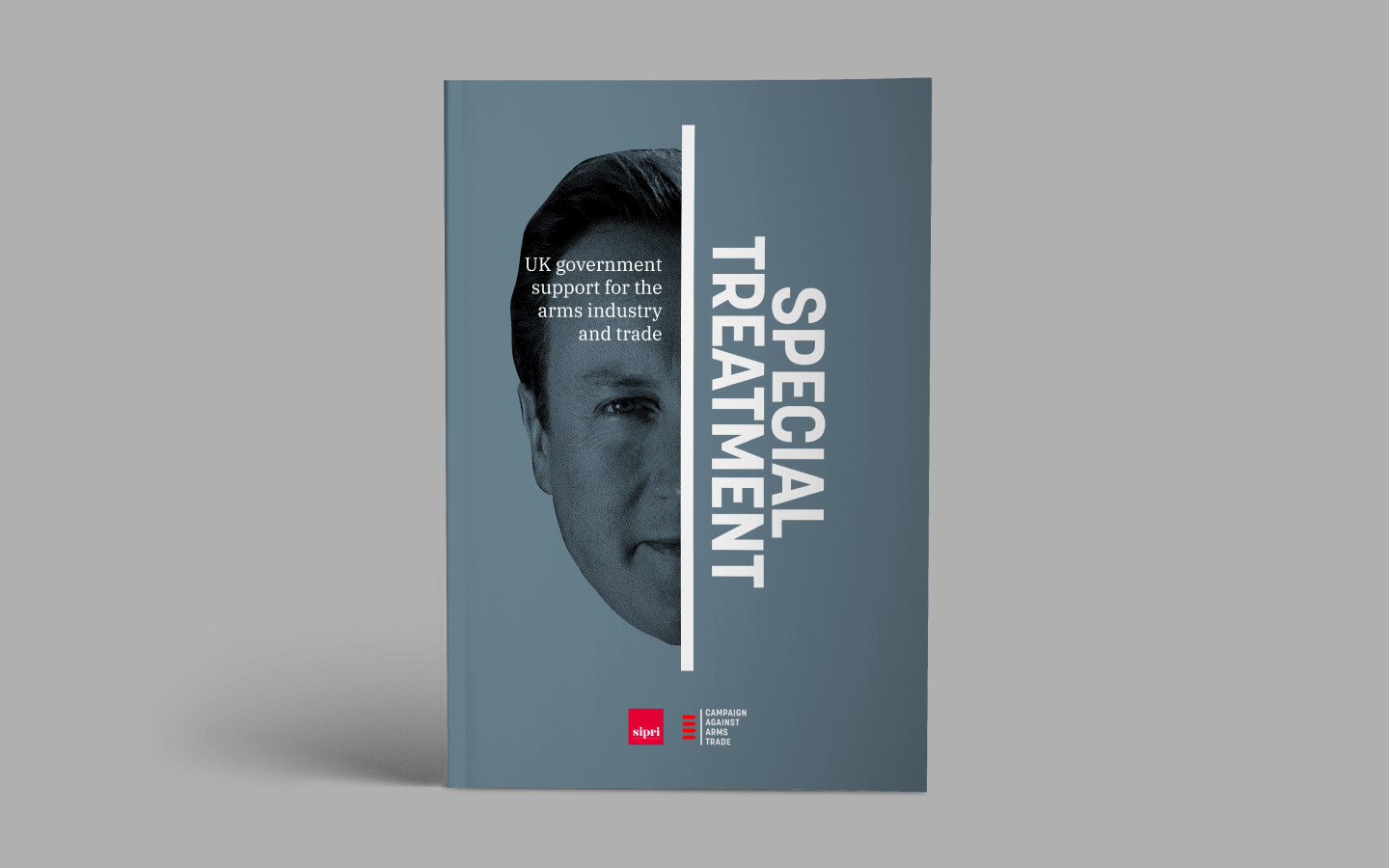 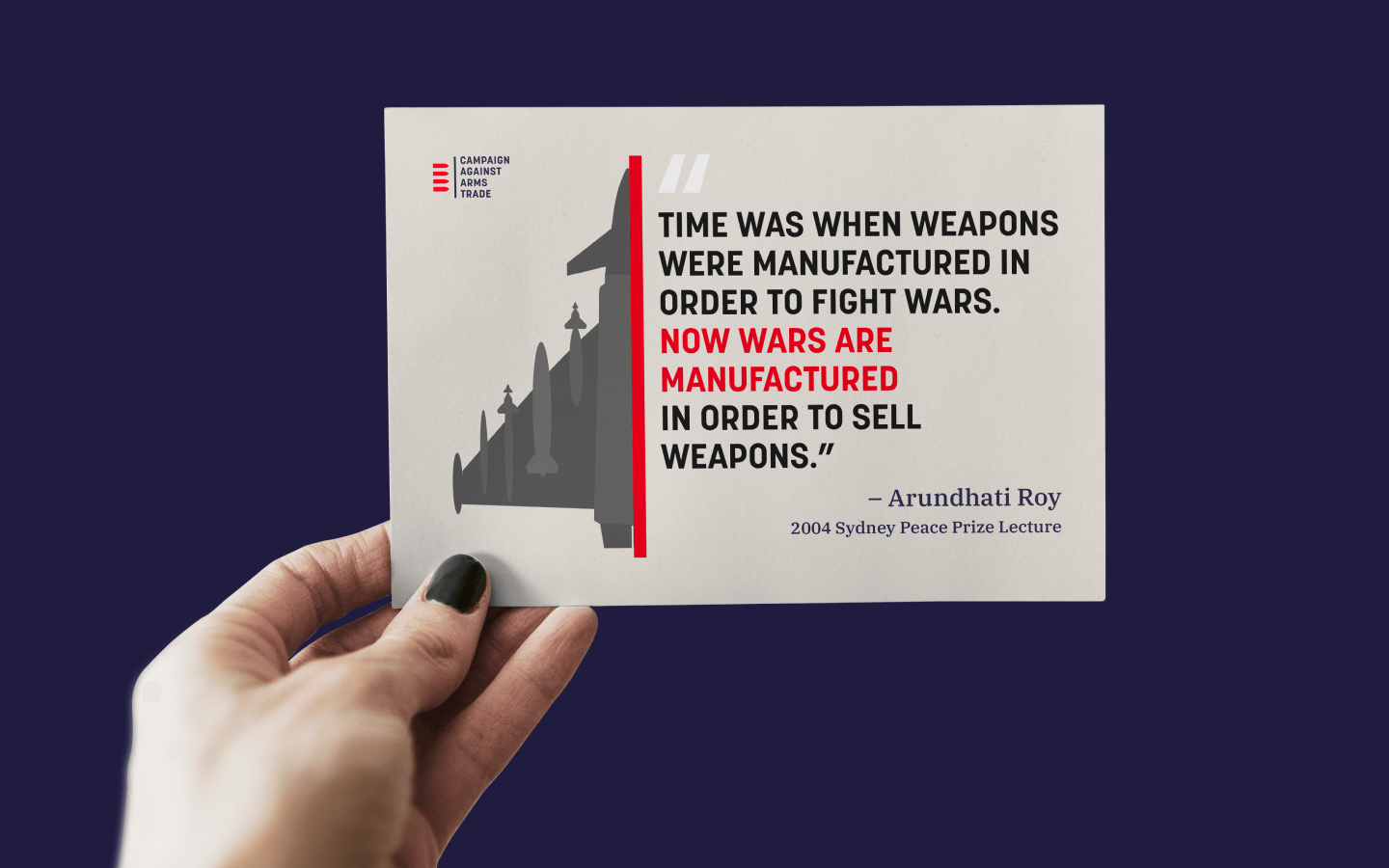 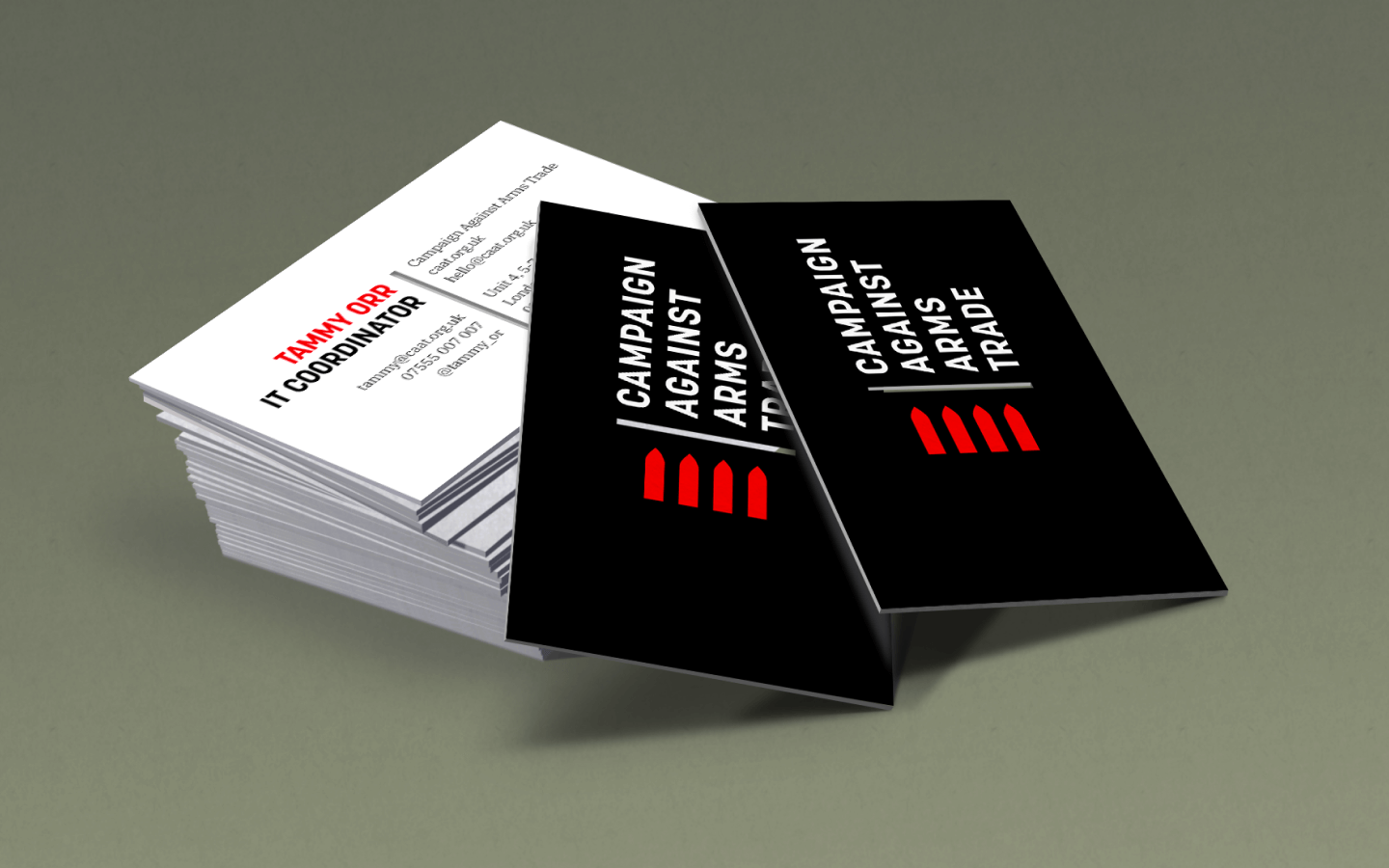 The brand now minimises the bullets, while maintaining the essence of the original. We used a fierce red to infer blood and wrongdoing while adding the vertical line represents ‘drawing a line in the sand’, with CAAT being on the right side of history. The organisation’s name now uses the Korolev typeface for greater clarity, especially at smaller sizes, while maintaining impact when used on protest banners.

The content guidelines and editorial process give direction to anyone writing for the website (and beyond), while the simplified IA helps users quickly navigate to their goal. The website design has subtle motion and uses the vertical line device throughout, reinforcing the brand. 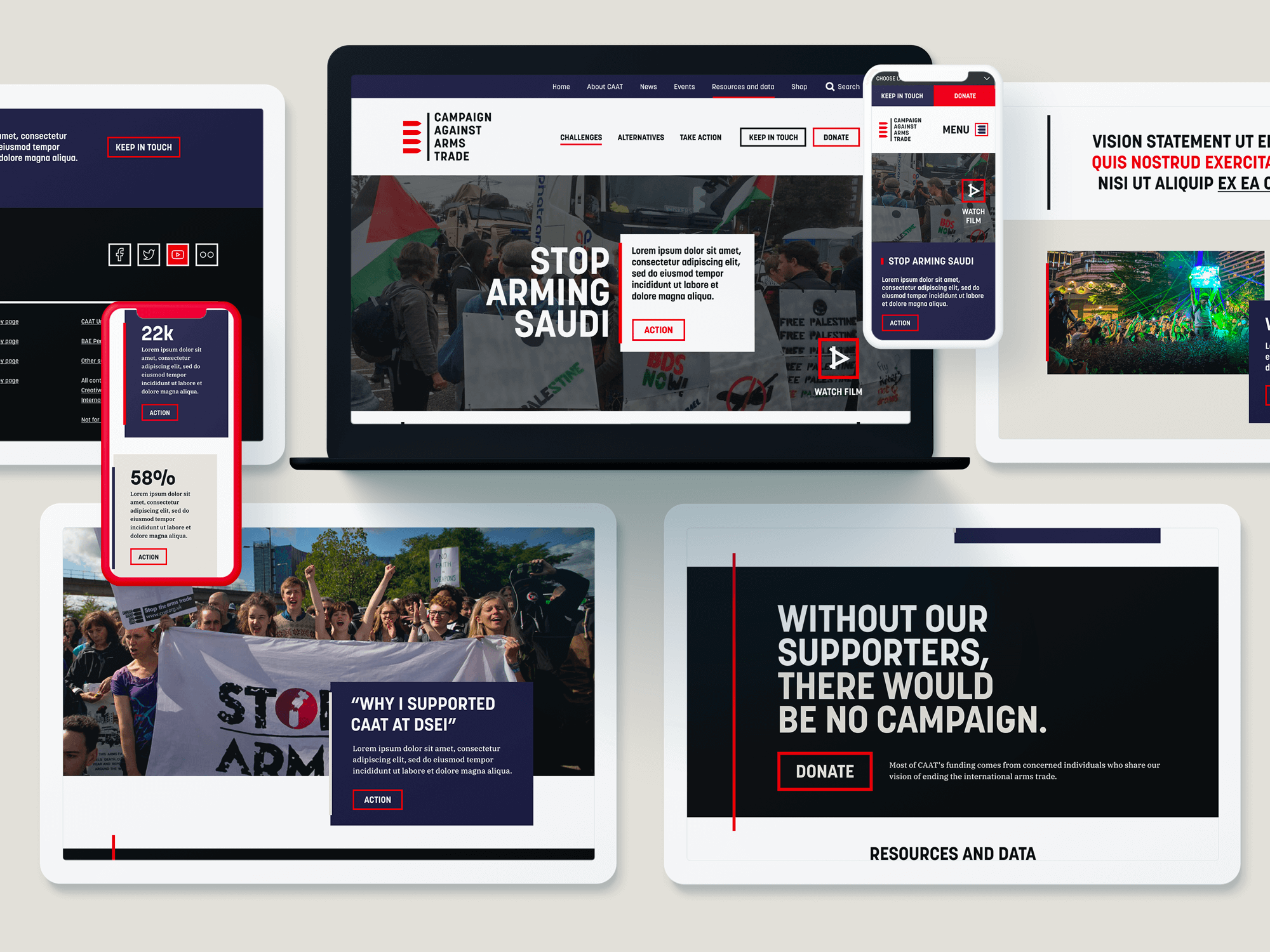 In a new WordPress CMS, we built a contact form that integrates with CiviCRM, allowing the CAAT team to communicate effectively with supporters. We also designed and developed right-to-left language templates to facilitate site content in Arabic.

Potential future phases include restyling and integrating CAAT’s complex data browsers. These pull through to the website from another platform to display research into areas such as arms export licenses and political influence, giving users insight into these often murky transactions.

Launched in September 2020, the site gives Campaign Against Arms Trade’s a powerful platform for peace well into the next decade.

“It was great working with Fat Beehive. They worked hard to understand our mission and needs, and they were prompt and dependable in reaching deadlines and delivering all they promised – during a pandemic! The design is beautiful and its adaptation to mobile is award-worthy.” 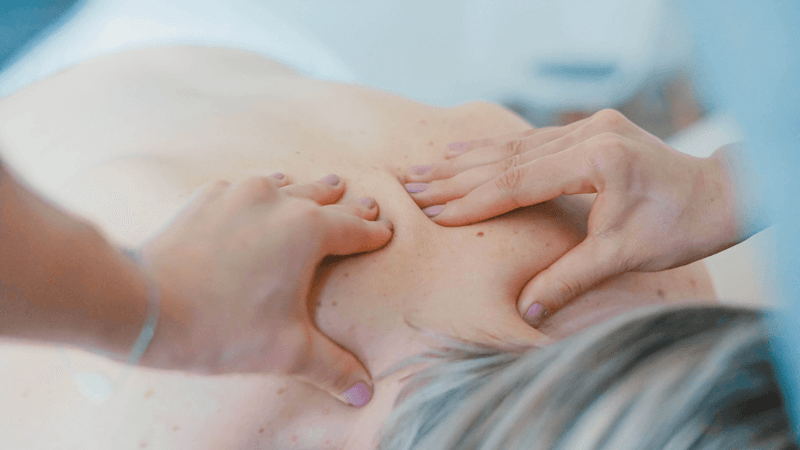 See our fresh and bright rebrand for this global body 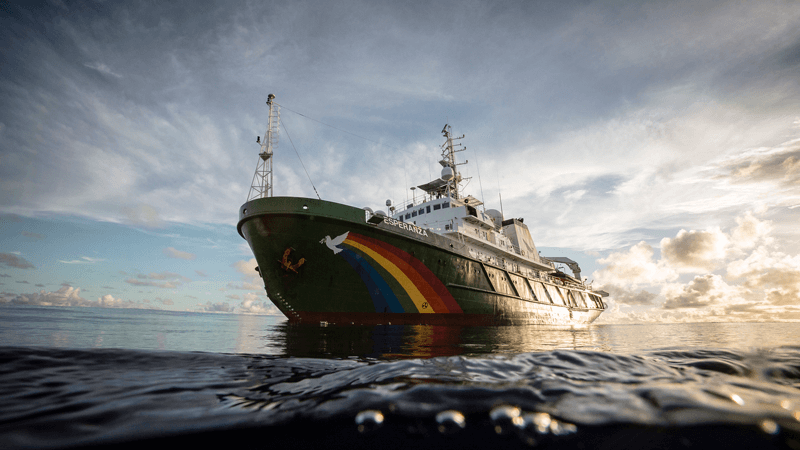 Read about our work with the iconic campaigning organisation