Currently, 97% of all charities in the UK have an income of less than £1 million, with over half having less than £10,000 annual income. This, unfortunately, translates into lower budgets for digital projects, especially at a time digital is vital, sometimes being the only way to connect with those most in need.

Everyone at Fat Beehive has a say in shaping the company’s future, and business planning is done as a team. Fat Beehive is committed to donating a portion of the agency profits to the charity each year and grants of up to £2,500 will be given to small charities with a turnover of under £1million for use on a range of digital projects such as the design, build and launch of a new mobile-optimised website, an app or to digitise a service. 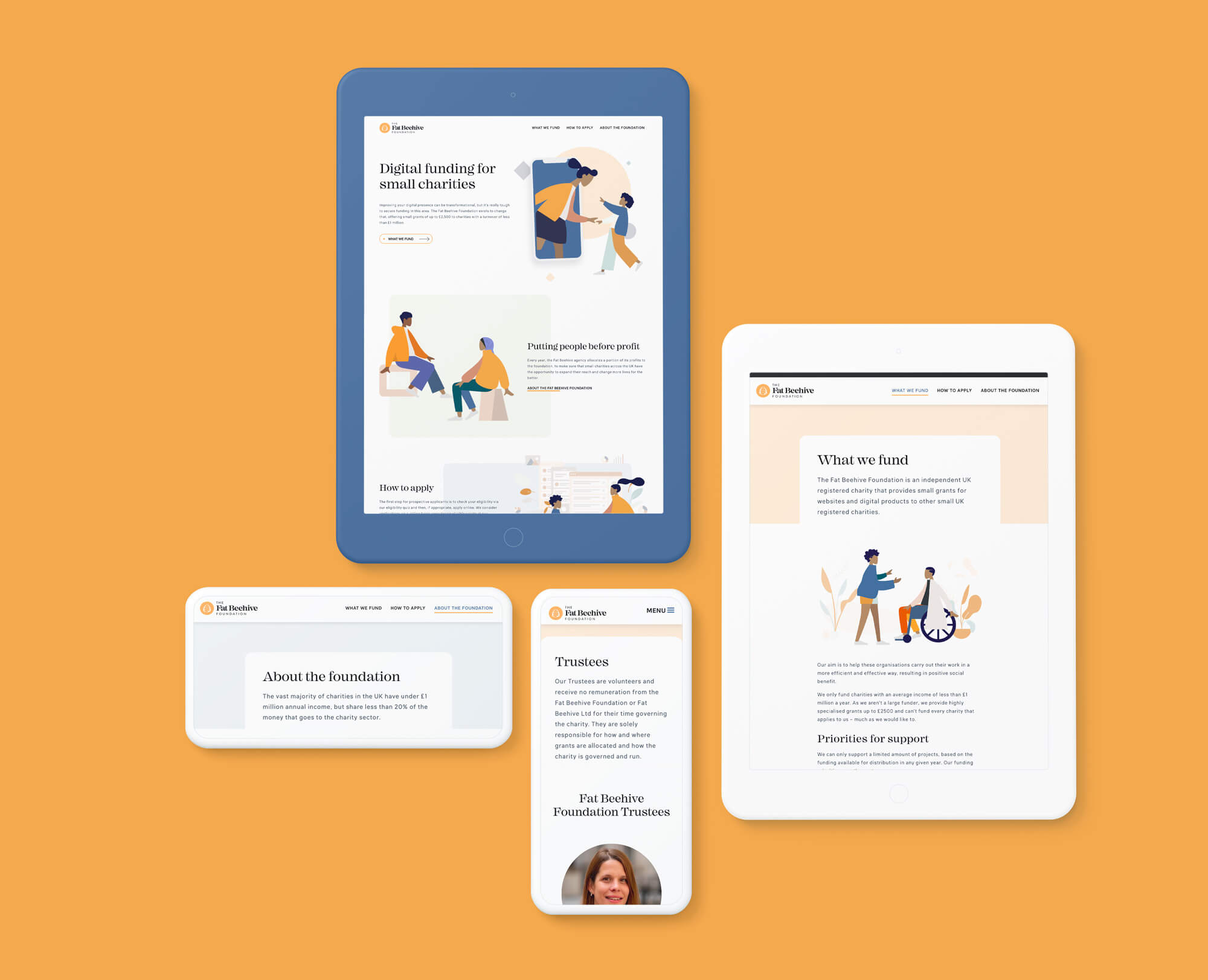 To avoid any conflicts of interest, Fat Beehive will not deliver any of these projects: these will instead be carried out by a separate agency sourced independently by the chosen charity. Instead, we are providing operational support to the foundation and the majority of funding, but a group of volunteer trustees will decide where the grants are allocated and how the charity is governed and run.

During the process, Fat Beehive employees will be asked to contribute to the list of charities to support each year, as the idea was originally a staff initiative, but the trustees will make the decision of which charities will receive the grants. Our employees will have the chance to gain experience on charity governance by serving as trustees, however, strict rules are in place limiting the number of staff acting as trustees to, again, avoid any conflict of interest. Read more about this on the foundation site.

We are very happy to play a part in establishing The Fat Beehive Foundation, especially in such a difficult time where so many charities and non-profits have been affected by the consequences of Covid-19. The charity and not-for-profit sector has been significantly affected by the pandemic, so this kind of support feels more necessary than ever.

See why we've led the third sector for over 20 years.

We're led by what we believe, and only work with organisations for social good.

Our diverse team hails from all corners of the globe.