Galop is the UK’s LGBT+ anti-abuse charity, which works with and for LGBT+ victims and survivors of domestic abuse, sexual violence, hate crime, and other forms of abuse including honour-based abuse, forced marriage, and so-called conversion therapies.

As part of Fat Beehive’s ongoing commitment to the LGBT+ community, their rights, health and well-being, we partnered with Galop to fund half the planning, design, build and hosting of their new website. The result is a confident and reassuring site that appeals to the widest range of a hugely diverse community. 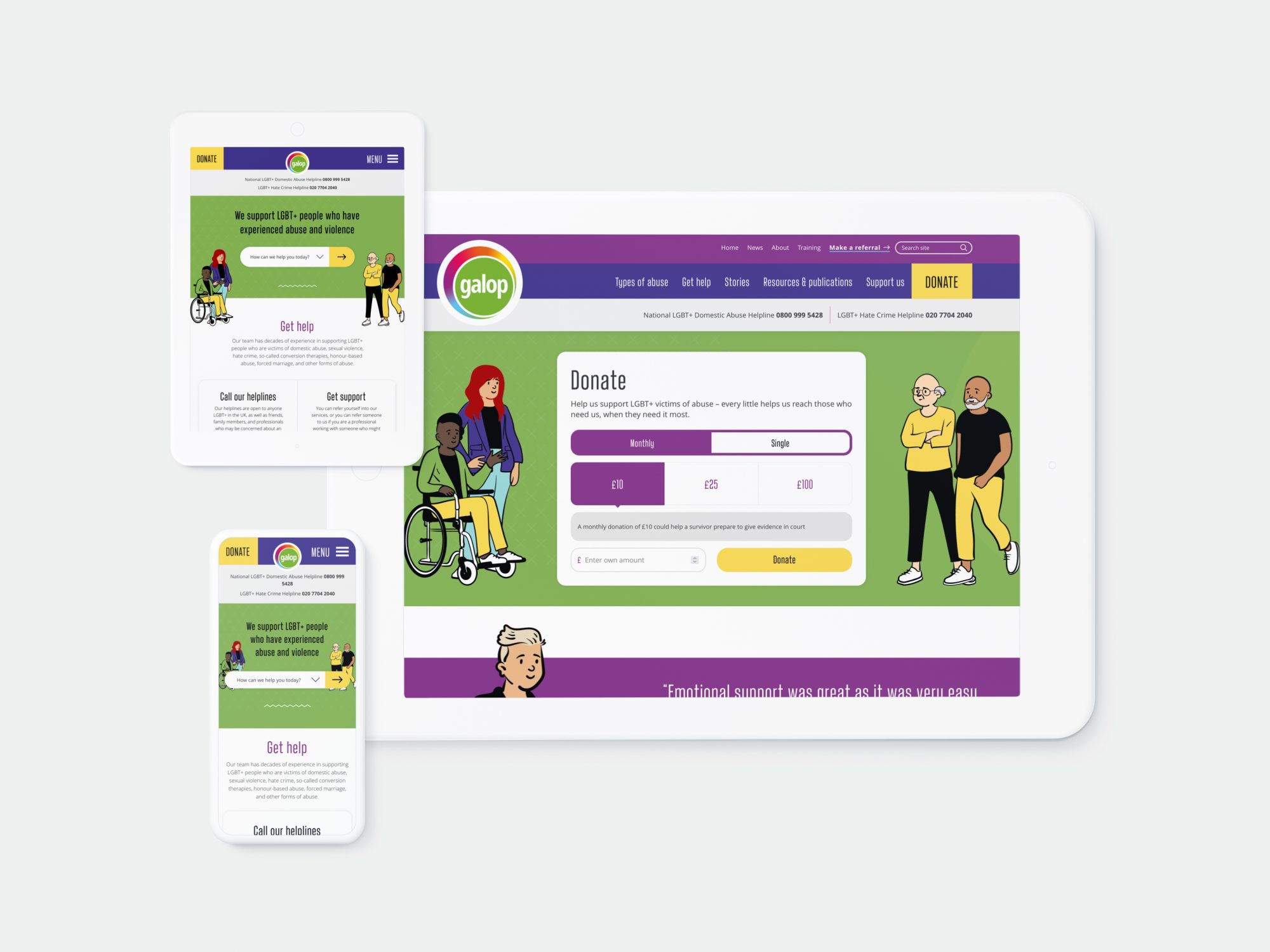 The confidentiality and safeguarding of the people they help is crucial to their work, so we sourced a flexible and cost-effective illustrated character library to use throughout the site. This way, users are represented and reflected back but not identified. We also migrated Galop’s existing community forum to the new site, where users can share their experiences and seek advice from others.

Helping LGBT+ victims and survivors of abuse is reinforced in every aspect of the site, from its information architecture and design to its key calls to action. There’s no shadow of a doubt what Galop stands for and how it can help.

“Huey and his team have been absolutely delightful to work alongside. We had quite a complex website brief for Fat Beehive, and we’re so happy to say that the team have done tremendously well in understanding our needs and delivering an exceptional website for us. We are so very grateful! The team are attentive, approachable and organised. They’ve always made sure to make time for us to explain processes and website language. Most importantly, we’ve felt included in every decision. We cannot recommend working with Fat Beehive enough."